Why Is Flutter a Futuristic Cross-Platform for Mobile Application Development?

They also added that nearly two million developers had used Flutter since it was launched in December 2018. Flutter allows developers to develop applications for multiple platforms. It got famous because of the kind of freedom it provides to the mobile app development company. The Flutter UI tools (a toolkit written in C, C++, and Dart) allow developers to create elegant and natively compiled applications for smartphones, web, and desktop. 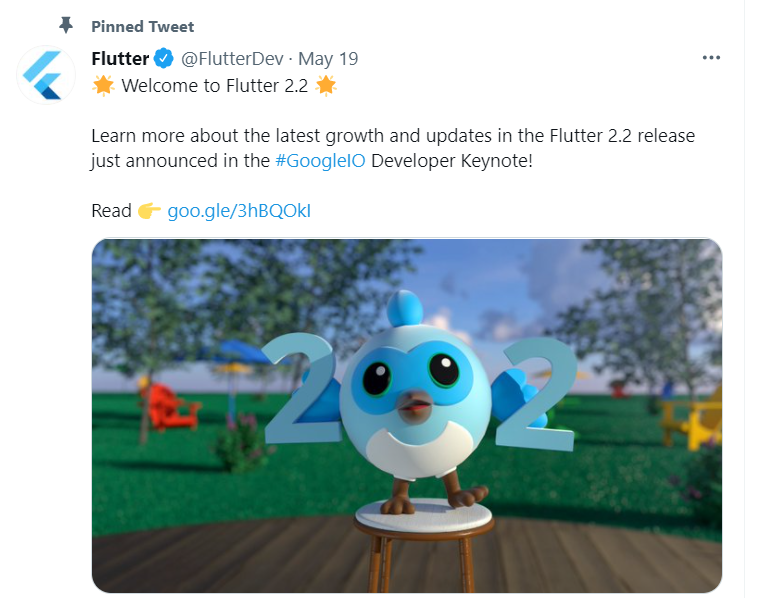 The developer has to use a single codebase during the process of app development. It works on a flexible system that offers custom platform-specific APIs (present in Kotlin or Java code on Android or Swift or Objective-C code on iOS). Hence, you can easily curate applications for iOS, Android, Windows, Mac, Linux, web, and Google Fuchsia. One of the most significant advantages of using Flutter is that it enables you to develop numerous platforms while using a single-codebase.

Flutter is a product by Google; hence it gets support from Google’s Material Design department. Due to this reason, app development with Flutter becomes very simple. Even a new developer can use it to design a new app. Flutter framework has exhaustive documentation that enables developers to initiate new projects. The best part about Flutter is that it has in-depth documentation, due to which developers can quickly resolve the obstacles they face during the project.

As we said earlier, with Flutter, developers can curate applications for iOS, Android, Windows, Mac, Linux, web, and Google Fuchsia. It enables them to create apps for numerous platforms while using a single-codebase. Therefore, it automatically lowers the amount of time and energy needed to dedicate to Flutter to create an app. The Dart programming provides ease of use and usability.

Flutter offers a vast range of visual, structural, platform, and interactive devices when it comes to widgets. These widgets are in-built UI components that are customizable, using which you can create the complete graphical interface. When you develop an app with this framework, you can access all the elements you need to build your mobile app. It has a high-speed rendering engine that enables the developer to create widgets. You can browse tons of options when it comes to animations, gestures, etc.

Flutter offers you a method of mobile app development that is very quick. While using a single codebase, a developer can create apps very quickly. Not just that, with Flutter, you can seamlessly generate an app that shall work across multiple platforms. What is Flutter’s hot reload feature? Well, the desirable reload feature helps you in debugging applications. Another great advantage of using Flutter is that you don’t need to recompile the source code from the beginning in a situation where you want to make some changes.

You can implement those changes simultaneously while the application is running along. Due to this reason, you get to save a lot of time and energy. The framework also has low testing load requirements. With this framework, you can also make two completely different native apps while using a single framework! How amazing is that? If you are a new business, a young entrepreneur, and want to achieve an application quickly, then Flutter is perfect for you.

We live in a very competitive, proactive business sphere; if you are highly efficient in your operations, then you have a higher chance of getting success. That is how the market works! The quicker you can introduce your product in the market, the better. Flutter provides a quicker time-to-market which helps businesses in targeting their clients way before their market competitors. When you can introduce your app before the consumers, you get early feedback and an added advantage of upgrading your product according to the customer demand. App development with this framework takes less time, due to which you can overtake your competitors. It helps you in driving more sales, generating higher profits, and capturing more market share.

A huge reason why developers choose Flutter for app development is because of its high performance. To get a clear idea about Flutter, you can compare it with some other framework; let’s suppose – React Native. React Native works on key UI building blocks that operate on JavaScript in a different thread. Hence, a bridge is required to stabilize communication within native modules. This method is resourceful yet very time-consuming. On the other hand, Flutter arranges everything. It combines the app logic and UI modules inside machine code, affecting the app to operate faster and advancing its performance. This approach makes Flutter apps faster than apps built utilizing React Native. Also, native apps are built for distinct platforms. Since modern-day consumers prioritize agility and usability over anything else, Flutter is likely to be the choice of development for developers in the future.

Another great advantage of using Flutter is that it allows integration with Firebase. Google serves it as a Backend-as-a-Service (BaaS) platform. You can use it for developing web and mobile applications. Developers can avail of Firebase’s services like databases, analytics, crash reporting, and messaging. Since Firebase integrates effortlessly with Flutter, developers working with Flutter can also leverage it.

If you are searching for a reliable and robust mobile app development agency to help you with developing web applications using Flutter, give us a call! We will help you figure out the scale in line with your needs.

Explore your marketing zen with our newsletter! Subscribe now.

Why serverless IT architecture is the next-gen cloud service offering for enterprises?

Your Guide to the Best Frontend Frameworks: Know Which One to Choose!

This website uses cookies to improve your experience while you navigate through the website. Out of these, the cookies that are categorized as necessary are stored on your browser as they are essential for the working of basic functionalities of the website. We also use third-party cookies that help us analyze and understand how you use this website. These cookies will be stored in your browser only with your consent. You also have the option to opt-out of these cookies. But opting out of some of these cookies may affect your browsing experience.
Necessary Always Enabled
The cookie is set by CookieYes to remember the user's consent to the use of cookies on the website. Moreover, other cookies here will be used remember the consent for all other cookies.
Functional
This cookie is set by Tawk.to which is a live chat functionality. The cookie is used to remember users so that previous chats can be linked together to provide better and improved service. Also, this cookie is used to preserve users states across page requests.
Analytics
This cookie is installed by Google Analytics. The cookie is used to calculate visitor, session, campaign data and keep track of site usage for the site's analytics report. The cookies store information anonymously and assign a randomly generated number to identify unique visitors. The cookie is used to store information of how visitors use a website and helps in creating an analytics report of how the website is doing. The data collected including the number visitors, the source where they have come from, and the pages visted in an anonymous form.
Advertisement
The cookie is set by Facebook to show relevant advertisments to the users and measure and improve the advertisements. The cookie also tracks the behavior of the user across the web on sites that have Facebook pixel or Facebook social plugin. We use Fb Pixels. So, it will be used there.
SAVE & ACCEPT